Who Runs Our Place Wye

Our Place Wye is all about Wye Caring for Wye. The organisation, set up as a community interest company (company no. 10157557), aims to nurture a more inclusive and integrated village, which is more resilient and responsive to individual needs, age and social profile, and stimulates a healthy, caring and sustainable community in Wye and the surrounding area.

It has three directors (see below) who meet every two months with five or six other volunteers from the community and with Community Warden Richard Sinden to review progress, decide on future strategy and to search for funding. If you would like to apply to join the management team, please use the contact form on this site.

The company employs Amy Williams to compile the quarterly newsletter and to lead on the moderation of the Facebook Group – a task in which she is helped by a number of volunteers.

Jasper’s background is in journalism. He worked as the editor of a magazine in Egypt for four years before returning to England, working as a freelance writer and then as a radio producer for BBC Radio 4 and the World Service. Since 2008, he has embarked on various efforts to make the world a better place. Initially he worked as communications director for the Climate Parliament: an organisation that endeavoured to persuade parliamentarians around the world to convert their countries to renewable energy and to protect the world’s ecosystems.

More recently he has been focusing his time on more local matters - running a social enterprise called Funder Films CIC which uses film to raise social and environmental awareness and working on a voluntary basis for many local organisations.

Penny qualified as a teacher in 1969 and has worked in nursery, primary and secondary schools in Inner London and abroad. She has been the Headteacher of three schools, in Hammersmith and Fulham and Southwark and most recently worked as Advisory Headteacher for Kent.

Her work as Advisory Headteacher involved coaching, mentoring and supporting new and acting headteachers of schools causing concern for Ofsted. She also worked for the National College of School Leadership visiting South Africa and leading parties of headteachers to observe schools in Thailand and USA.

Since retiring she has been Chair of Wye Patient Participation Group and is currently Chair of Invicta Riding Club and a member of the Parish Council.

Mary has been a social worker since 1967, qualifying at the London School of Economics in 1971, and getting an MA at the University of Kent in 1988. She has worked with all client groups but specialised in older people and people with learning disabilities, in both hospital and the community. She ended her career as District Manager for Ashford, Kent Social Services Department.

Since retiring she has had various voluntary roles, with Parkinson’s Ashford, the hospice, and the Food Bank, and is a trustee of Citizens Rights for Older People and Wye Village Hall. She has also experienced life as a carer, for her mother, who had Motor Neurone Disease, and her husband, who had Parkinson’s Disease, experiencing being on the receiving end of services, and the reality of living with progressive conditions. 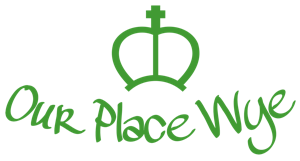